Cyber Security and the Law 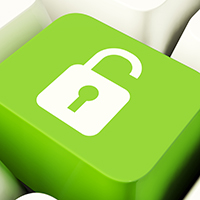 There are several laws, or Acts of Parliament, in the UK relating to Cyber Security that are aimed at protecting against the growing threats to both privacy and security. These laws are briefly outline below, together with links to further reading.

The Computer Misuse Act introduced a number of offences relating to computer hacking. These offences include:

This legislation has been amended by a number of other Acts of Parliament, links to which can be found below, including offences brought in by the Police and Justice Act 2006, relating to denial of access or denial of service to legitimate users.

This act enforces strict rules for the storage and processing of data stored electronically, which can be used to uniquely identify a living person. Its purpose is to stop data being obtained or stored unnecessarily, to prevent the data from being exchanged without good reason and to ensure that it is being held under secure conditions. All organisations that store information on living human beings must comply with this act.

Although this Act covers all types of fraud, not just that which is carried out via electronic means, section 11 of the Act is specific to electronic fraud. It includes offences relating to the following:

This Act regulates the use of surveillance equipment by public bodies such as local authorities, the police and intelligence services. The Act was introduced to take account of technological change such as the growth of the Internet and strong encryption. It has had a number of additions over the years, in December 2003, April 2005, July 2006 and February 2010.

Under the Act, certain public bodies are allowed access to communications records, when necessary and proportionate to do so for a specific investigation. More intrusive techniques are subject to higher levels of authorisation.